Getting older is good for you!

There has never been a better time for seniors than now!

But many of today’s seniors aren’t content to sit still and age quietly. Lately we’ve seen headlines of amazing elders who have completed marathons, graduated college, raced in NASCAR, and more.

“No matter how old you are, it’s never too late to start living a healthier, more active, more engaging lifestyle,” says Terry Grossman, MD, a physician with an anti-aging and complementary medicine practice in Denver and co-author of Transcend: Nine Steps to Living Well Forever. Even walking an extra 10 minutes a day or taking an adult education class can help keep your body and mind sharp over time, he says. So whether you’re 35, 55, or 75, let these inspiring stories motivate you to cross a life goal off that proverbial bucket list.

Here are some inspiring stories about older folks doing what makes them happy: 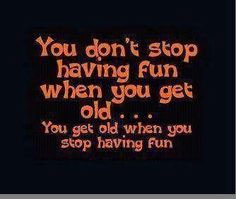 Back to School at 90

Education is certainly associated with youth.  However, more and more older people are going back and earning degrees.  Paul Siromoni, an esteemed humanitarian, earned a PhD at the age of 90.  At 95 Nola Ochs, a Kansas woman, earned her Bachelor’s degree and then went on to earn a master’s in the age of 98 — even moving into campus dorms.

Mount Everest is the tallest mountain in the world and climbing it is a dangerous grueling undertaking.  However, in 2014, Japanese climber Yuichiro Miura reached the summit and became the oldest person to reach the top.  It was his third time reaching the summmit and he recently revealed that he would like to try again at 90!

Have Fun and Adventure at Any Age

Frank Shearer was an active water skier at age 100.

At 90, Gloria Tramontin Struck still roars around on her Harley-Davidson motorcycle and intends to embark on a cross country trip at 100.

Minoru Saito was 77 when he broke world records sailing around the world alone.  It is not clear what was harder on his journey — the tsunamis, icebergs, massive waves and typhoons or back pain, a hernia, bad knees and other aches and pains we all may be familiar with.

Getting older is the best thing to happen to anybody and everybody. Let’s never grow too old to keep on living, loving and sharing!

YOUR 2019 MOW MEMBER BADGE (for Sponsors only)

Thanks, Rotary Club!
Comments are closed.